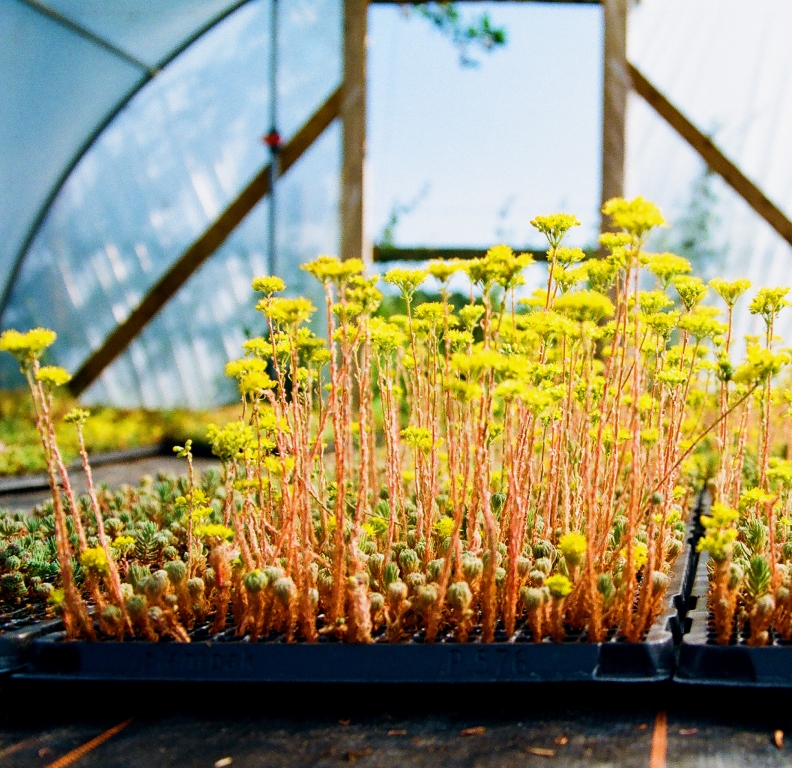 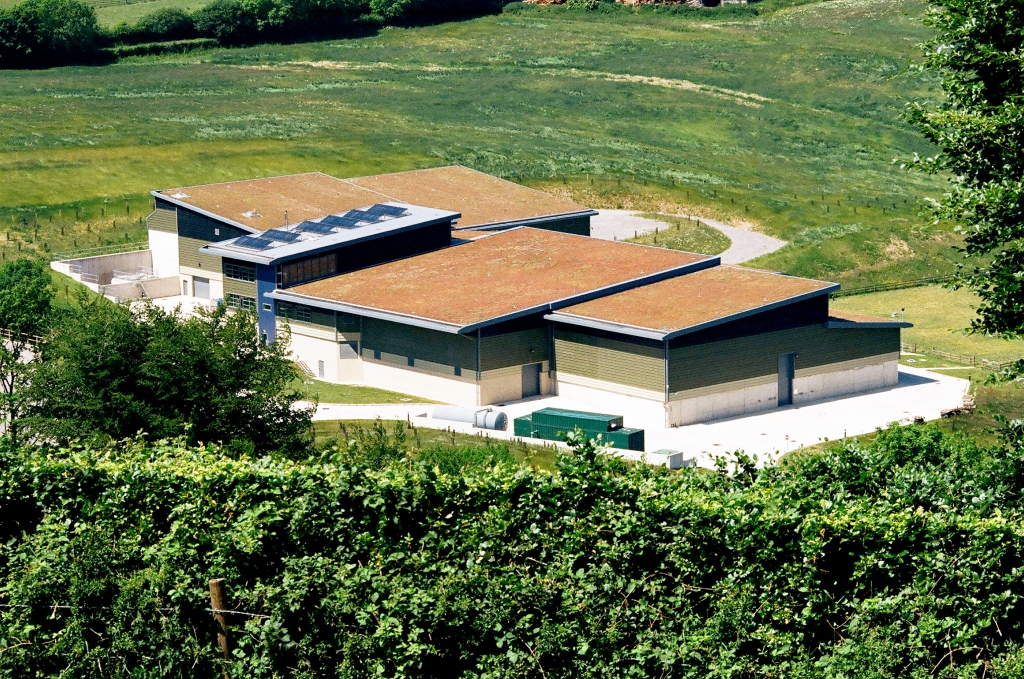 This type of green roof is far easier to install and requires significantly less maintenance than do intensive installations. It is therefore a highly versatile roofing material, suitable for new-builds and retro-fits alike.

This is because the vegetation – usually in the form of mosses or grasses, or a combination of these – is pre-grown and rolled up in mats, which means that it’s easily transportable to the installation site. Extensive green roofs also require little or nothing in the way of structural work. They tend to be much cheaper to buy and install than the intensive variety.

Extensive green roof installations often come ready-made in the form of mats containing 10-20mm of a growing medium and vegetation (known as sedum mats). These mats are usually laid upon another relatively shallow layer of growing medium, which is in turn placed on the filter sheet and protection mat. 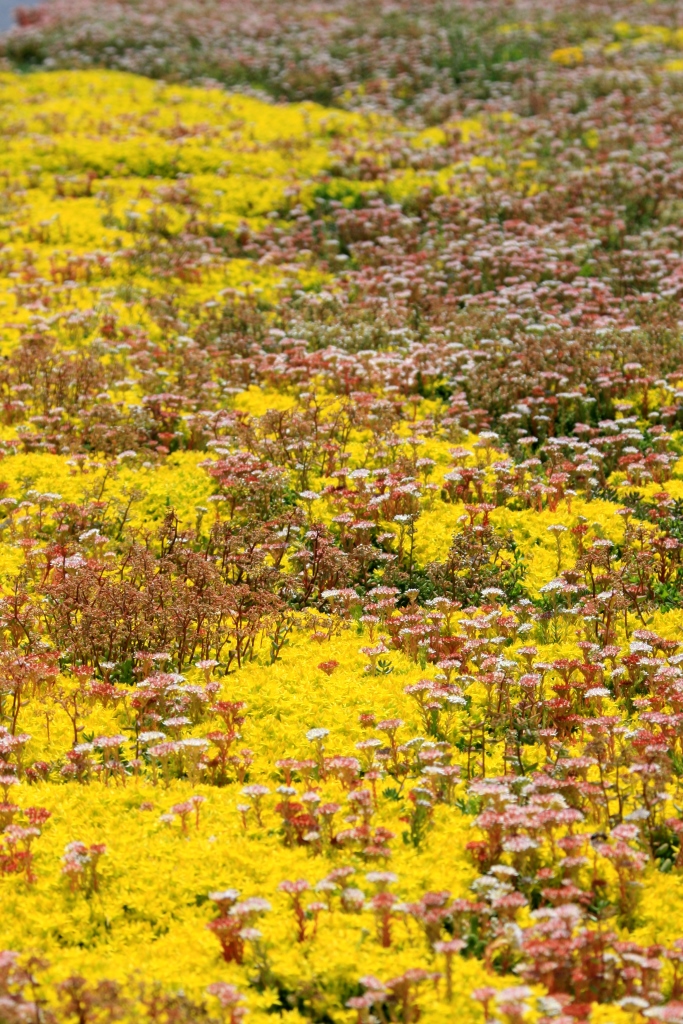 In the case of some very lightweight and shallow extensive roofs, it is possible to do without further growing medium, and lay a sedum mat directly upon the filter sheet and protection mat. Irrigation is much less likely to be necessary for this type of installation.

Another less common type of extensive green roof is known as plug planting, whereby seedlings are grown in cell trays containing a growing medium, which are then laid upon a further growing medium, a filter sheet and protection mats.

Another possibility with extensive roofs is to install what is known as a ‘biodiverse’ green roof, whereby the habitat of a given animal, bird or insect is reproduced. Biodiverse roofs can serve to recreate the habitats of rare and endangered species. This variety of green roof can include a larger range of different objects (sand, logs, rocks, etc.) being placed on the roof, and not simply uniform mats or plugs.

The substrate depth (the thickness of soil in which the vegetation grows) of intensive green roofs is at the very least 120mm, and usually over 200mm, making it much deeper than the extensive variety. 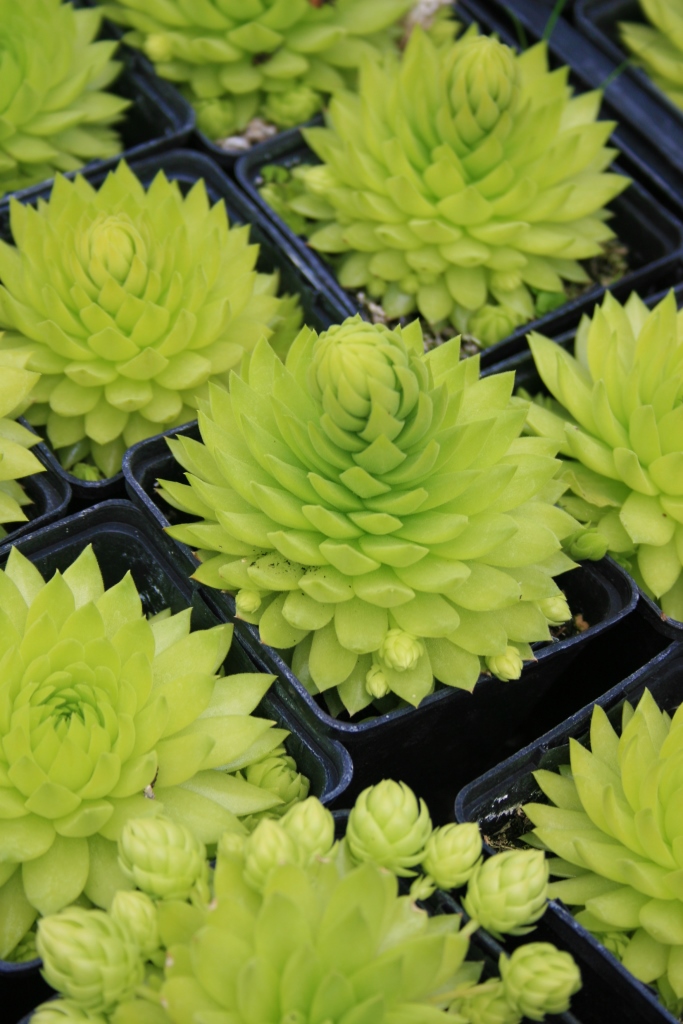 In the United Kingdom intensive style green roofs have been installed on top of skyscrapers and large business premises, such as sites in Canary Wharf in London.

As the substrate depth of intensive roofs is deeper than that of extensive green roofs, they are able to support a greater range of vegetation (flower beds, lawns, trees, shrubs, etc.), as well as water features, benches, gravel paths and so on. Intensive green roofs are often also referred to as roof gardens or parks.

Intensive green roofs tend to be more suited to new builds or large buildings with strong roofs, as the total weight of the installation (including the vegetation, soil, drainage and irrigation systems etc.) is potentially huge. It is, however, possible to make structural improvements to the roof in order to make it stronger. This will require the expertise of a specialist structural engineer.

Moreover, as there is more to intensive green roofs than extensive ones – in many cases they resemble conventional gardens – the maintenance and irrigation requirements are bound to be significant maintenance and the running costs will be higher. By the same token, however, intensive green roofs can have a higher aesthetic impact than extensive ones.

Intensive green roofs can be highly expensive to install, as they require the installation of elaborate drainage systems, and perhaps major structural building work. They also require much more gardening work on site.  As such, they are in most cases only viable for medium to large scale projects.

Intensive roofs are best if your primary motive for installing a green roof is that of absorbing water and improving the roof’s lifespan – extensive roofs provide less cover from the elements.