THE FUTURE OF SOLAR PANEL TECHNOLOGY

With more and more people choosing to install photovoltaic systems, the solar technology industry is growing rapidly. Despite the government cutting all subsidies for solar panels (Feed-in Tariff payments) in March 2019, solar technology continues to be popular causing the price of systems to fall. With grid electricity prices going up year on year it continues to be a good time to invest in PV technology.

In terms of technological advances, PV companies continue to make large strides, including the development of higher efficiency (20%) PV cells and hybrid cells. These technologies are becoming increasingly accessible for the mass market.

A new type of material for next-generation solar cells has been created which eliminates the need to use lead.  This has been a major barrier to increasing the efficiency of this technology.

However, there are major obstacles to using these materials commercially because they are not stable and they contain water-soluble lead, which is a health hazard.

Led by Letian Dou, assistant professor of chemical engineering at Purdue University* a new team of scientists and engineers have developed a sandwich-like material which incorporates organic and inorganic materials to form a hybrid structure that doesn’t use lead and has much improved stability.

“These structures are very exciting,” Dou said. “The sandwich structures are like semiconductor quantum wells that are widely used today in many electronic and optoelectronic devices, but they are much easier to produce and more tolerant to defects,”

In a paper published in the Journal of the American Chemical Society the scientists had incorporated the material into an essential component of many electronic devices.

Yao Gao, lead author of both research papers and a postdoctoral fellow in Dou’s research group, said the new organic-inorganic hybrid perovskite materials are cheaper and perform better than a traditional inorganic semiconductor. Also, Gao said, the new material’s design strategy could serve as a blueprint for many other functional hybrid materials.

“Solar cells, as many people have demonstrated, can be highly efficient. With our new technology, we can make the hybrid perovskite materials intrinsically more stable. By replacing the toxic lead, these new materials are better for the environment and can also be safely used for bioelectronics sensors on the body.”

Some PV companies in the United States are developing near-transparent cells made from a glass-like plastic material, which greatly minimise the aesthetic impact of PV arrays, although at present these are not widely available in the UK. Transparent and paper-thin technology could allow electricity to be generated from windows and other discrete objects on the fly. 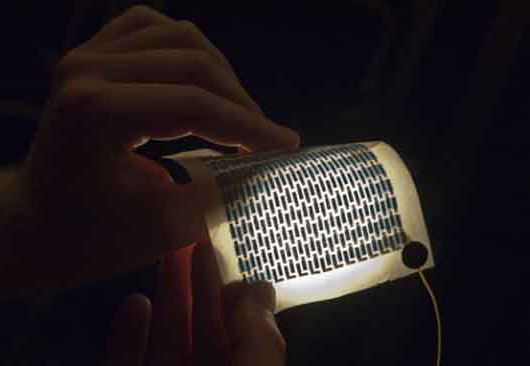 Global PV installations for the year 2019 reached about 121 GW. This is enough to supply about 3% of global electricity demand. BloombergNFF conservatively projected in early 2020 that some 15 countries are likely to be able to lay claim to the status of being members of Solar’s “gigawatt club” in 2019.

Global solar installations will continue double-digit growth rates into the new decade, according to the new 2020 Global Photovoltaic (PV) Demand Forecast by IHS Markit. New annual installations in 2020 will reach 142 gigawatts (GW), a 14% rise over the previous year, says the company. The expected 142 gigawatts are seven times that of the entire capacity that had been installed by the start of the prior decade (20 GW in 2010).

After nearly doubling installations in 2019, Europe is expected to continue growing in 2020, adding more than 24 GW—a 5% increase over 2019. Spain, Germany, Netherlands, France, Italy and Ukraine will be leading sources of demand, accounting for 63% of total EU installations in the coming year.

“China will remain in the preeminent position as the overall leader in solar installations. But this decade will see new markets emerging in South East Asia, Latin America and the Middle East. Still, the major markets will continue to be critical for the development of the solar industry, especially as test beds of technological innovation, policy development and new business models.”

More in the Blog

There is a lot more up to the minute information on developments within the solar PV industry in our renewable energy blog.