The basic principle of solar thermal heating is to utilize the sun’s energy and convert it into heat which is then transferred into your home or business heating system in the form of hot water and space heating.

The main source of heat generation is through roof mounted solar panels which are used in conjunction with a boiler, collector or immersion heater. The solar collector will use the sun’s rays to heat a transfer fluid which is usually a mixture of water and glycol (antifreeze) which prevents the water from freezing. The heated water from the collectors is pumped to a heat exchanger which would be inside the water tank in your home. The heat from the exchanger will then heat the water inside the tank. After the liquid releases its heat, the water will flow back to the collectors for reheating. A controller will ensure that the fluid will circulate to the collector when there is sufficient heat available. 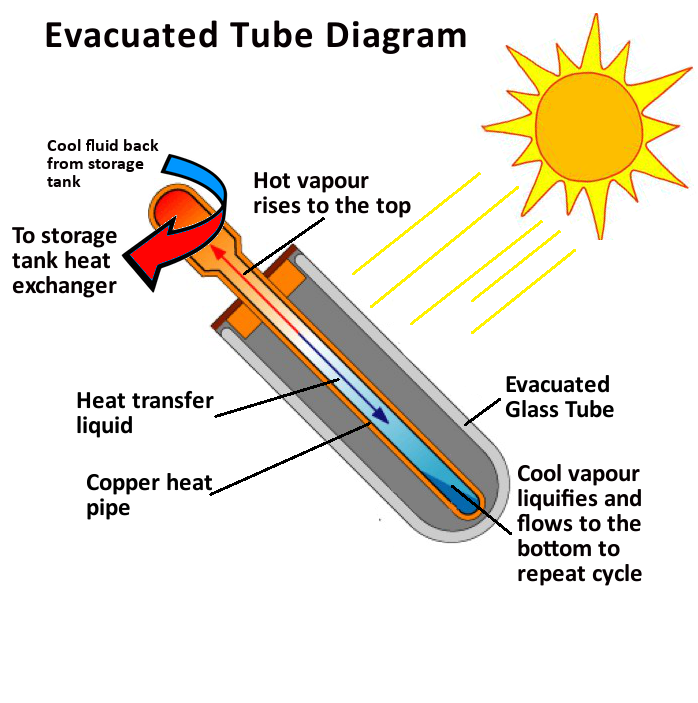 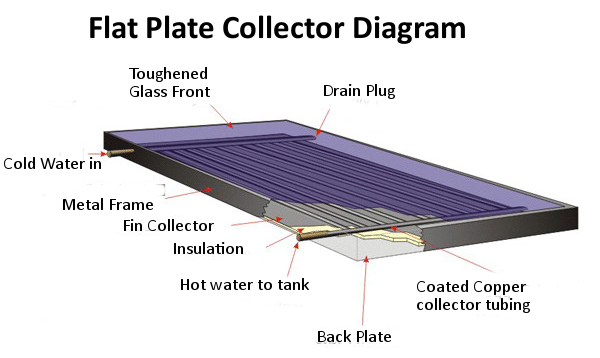 The collector is the main component of a solar thermal system and would in most cases be installed on the roof of the property. The collector contains specially coated reinforced glass pipes to capture the radiation emitted from the sun, which can then be transferred into heat. The pipes themselves will be embedded in an insulated container to prevent heat energy being lost. The heat transfer fluid in the pipes will include eco-friendly antifreeze and will circulate through the collector and hot water tank.

In terms of the hot water tanks, there are two kinds that would be in operation. The first is used for heating drinking water and would normally consist of a steel tank filled with drinking water and a heat exchanger. The second would be a combination tank which would supply both drinking water and hot water to the heating system. The tank that incorporates the duel system would in fact have two smaller tanks inside to keep the water separated for the different tasks. There would also be two heat exchangers which would connect to the collectors and the boiler. The solar water heating system would be connected to the lower exchanger and the boiler to the above exchanger.

Solar thermal and the UK climate

It is a common misconception that the climate of the United Kingdom makes it unsuitable for the use of solar technology. Solar collectors do not require bright sunlight in order to function; they simply require light and while bright sunlight is obviously ideal, they can still heat water even on cloudy days as solar radiation is still present. It will be necessary to use a boiler or immersion heater as a backup system to provide an extra boost to your property’s hot water generation during winter.  A solar water heat system is designed in most cases to meet up to 100% of water heating needs during summer allowing the regular heating system to remain unused.  Over the course of a year it will meet in the region of 50% to 60% of needs. Ultimately the determining factors for usage will come from the type of climate and the size of the solar thermal system that you have installed. The overall rate of water usage will also be a determining factor. In most cases hot water usage will remain consistent which will impact positively on cost effectiveness.

The main ideal application for this technology would be in a residential setting where there is a need to reduce a large energy bill although the technology can also be applied to a commercial setting. The most cost benefit will be will be to facilities with high energy demands and which have heating systems that are expensive to operate.