BlueGen® is the world’s most efficient small-scale generator. Aimed at both the residential and commercial markets. The BluGen unit is about the size of a standard washing machine and connects directly to your  mains natural gas or LPG supply, delivering low-carbon electricity and hot water 24 hours a day. 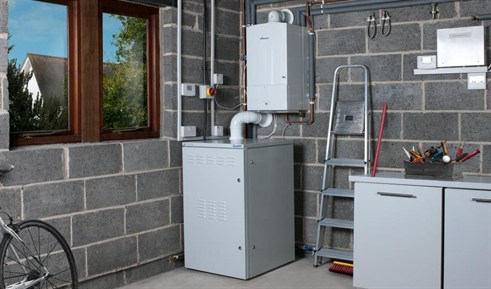 It’s virtually silent, extremely effective and reduces your carbon footprint significantly compared to the operation of a standard condensing boiler. The manufactuer provides an online monitoring system called BlueGen-net where you can see the benefits of the unit live for yourself as it can be accessed from any internet connected device, anywhere in the world.

The BlueGen has the highest electrical efficiency (60%) than any other microCHP device currently on the market, producing more electricity and using less fuel as it operates. When the thermal energy from BlueGen is recovered, the total efficiency increases a further 25% to around 85%. 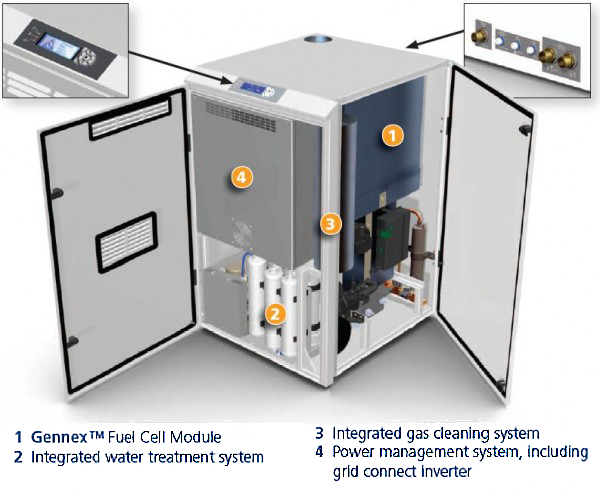 Energy generation all day and night 365 Days a year, whatever the weather.

Next generation technology, available to the UK early 2015.

The popularity of fuel cell technology is growing rapidly and BlueGen is at the forefront. Fuel cells represent a clean energy future, where energy efficiency is paramount and producing your own electricity is standard. BlueGen allows end users to achieve this, using technology developed through world leading research and practices.